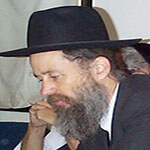 Yochanan Spielberg lived in Jersualem, Israel. In the late 1980’s, he developed for Bible Search Pro. Michael Drosnin bought his software and used it to produce his own book. There was an agreement that Drosnin would credit Spielberg for the use of Bible Search Pro in his book. Later, Spielberg was found murdered in his home.