You are here:
What Is About To Happen…

The Midrash (Bamidbar Rabba 11:3) says that the future Redeemer will be revealed, then concealed, then revealed again. This is quoted by Rabbeinu Bachayei and by the Chasam Sofer on the Torah (both at end of Parshas Shmos). The latter writes: “This is a great test that the Redeemer is concealed [Moshe] . . . and so it will be at the time of our righteous Moshiach [that] he will be concealed after [his] revelation, as mentioned in the Midrash.”

From the Zohar (Shmos 8b)–as explained in Zohar Harakiya and Shaar Hagilgulim (ch. 13, both by the ARI-Zal, Rabbi Yitzchak Luria, one of the greatest Kabbalists)–it is clear that the man designated to be Moshiach is born naturally in this world, then the soul of Moshiach in the heavenly “Garden of Eden” is bestowed upon him so that he realizes that he is Moshiach, then he becomes concealed, ascending to heaven, and only afterwards is he revealed to the full extent, the whole Jewish people recognizing him as Moshiach.

We see here three stages in the revelation of Moshiach:
a) revelation, b) concealment, c) final full revelation.

The Midrash Pesikta Rabbasi (37, quoted in Yalkut Shimoni 499 on Isaiah 60) states: “At that time G-d will raise Moshiach up to the highest heavens and spread over him the radiance of His glory”–after Moshiach has already suffered in this world, as is clear from the context.
Source

For Over 2,000 years Israel Has Waited on the Moshiach
(The Messiah)

During Purim, The Messiah was anointed by Elijah! Yes both the Messiah and Elijah are now on the world stage!

The Rabbinical community has expressed prophetic expectations that the Messiah would be anointed on Purim of 5779, this has occurred as prophesied and is fulfilled in one man.

Here are the facts…

-Chaim Kanievsky said the Messiah would precede Israeli elections and he did.

– Rabbi Matityahu Glazerson found a Torah Codes saying the Messiah would be anointed on Purim. He was. Also that
Elijah would anoint the Messiah. That happened.

Rabbis it is important to accept these facts: It was their prediction, and their findings, that said Mashiach would be anointed, and RayEl was the only one to fulfill it. He is also the only man that fulfills prophetic expectations from all the Abrahamic faiths.

Mashiach is active in the world;

Lord RayEl’s footsteps are being heard the loudest. 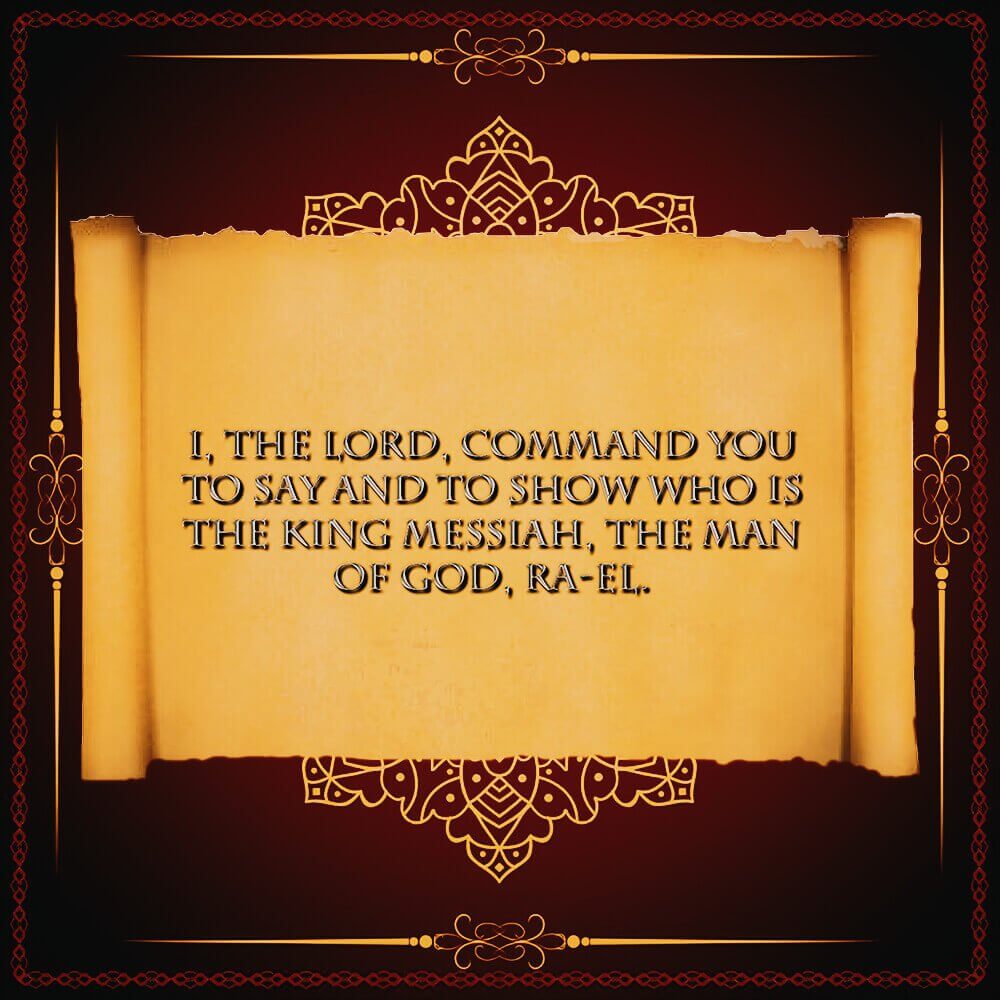 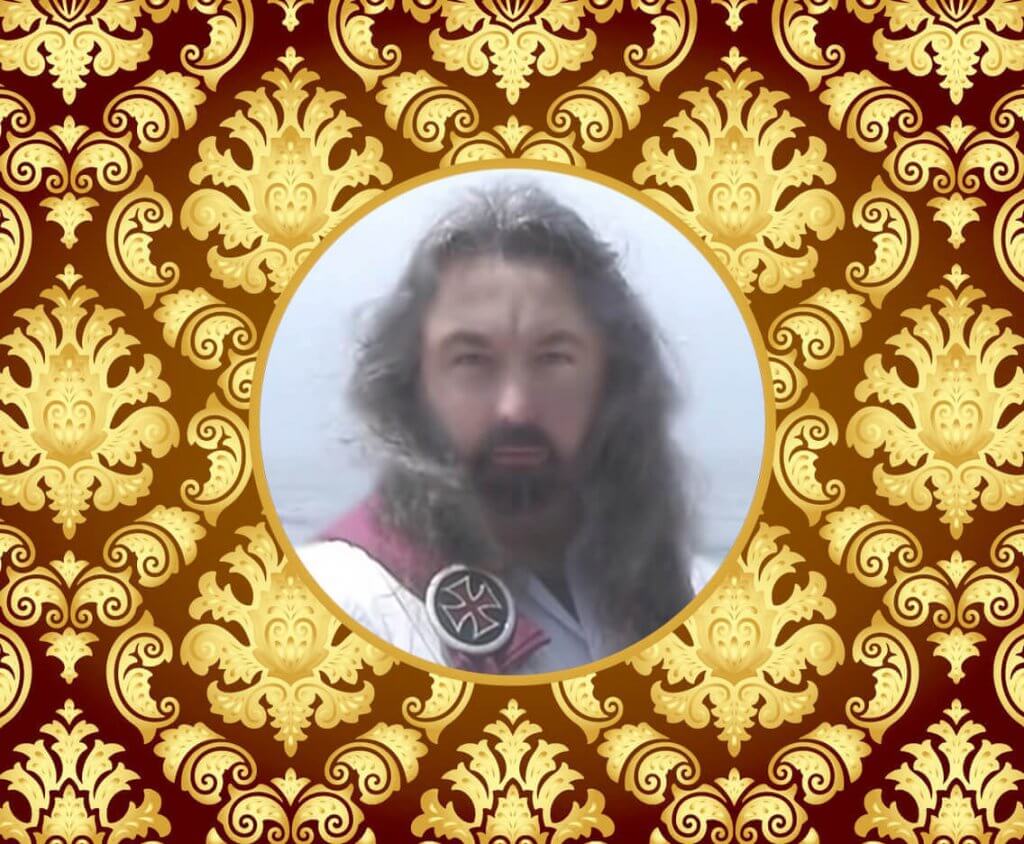 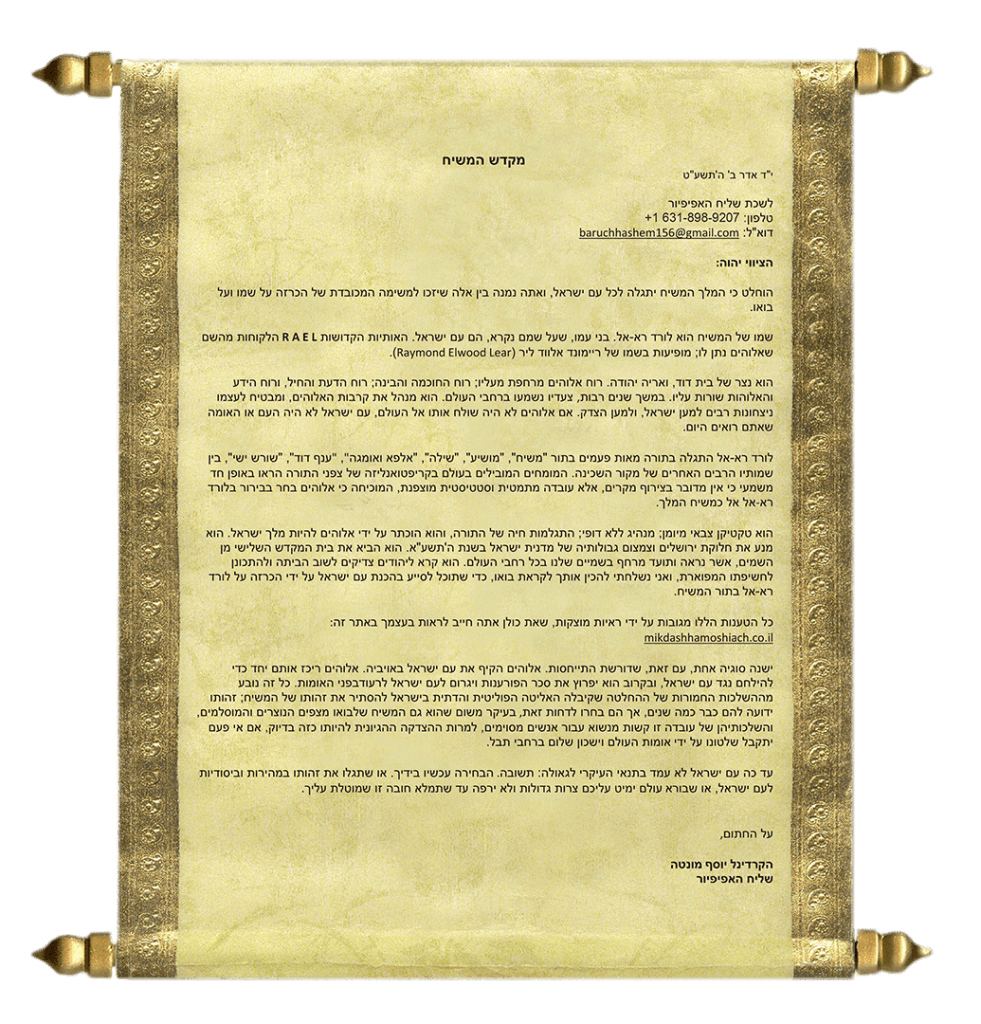 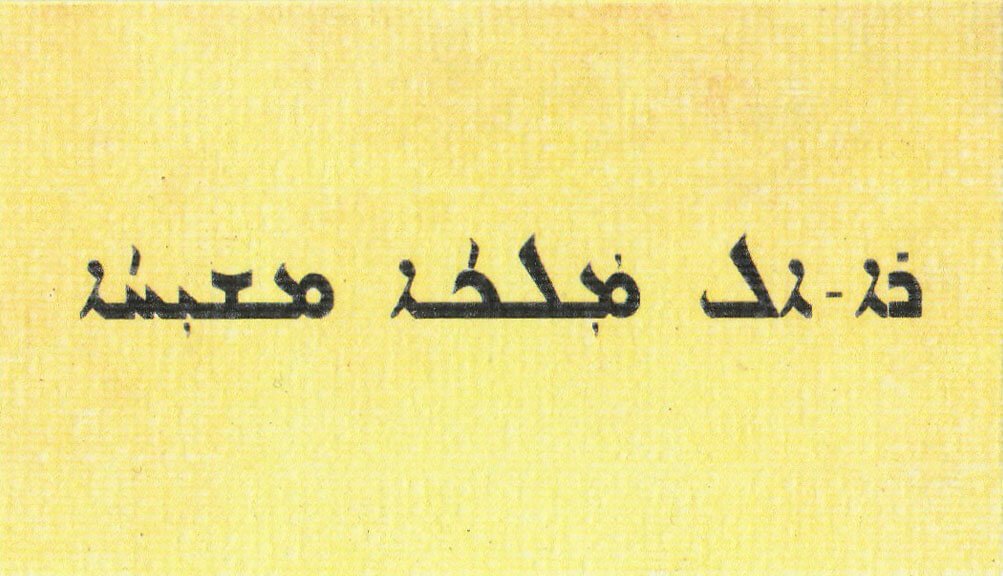 “Israel Expecting The Messiah Now!” Rabbi Chaim Kanievsky, who is one of the most prominent rabbis of this generation, made a shocking statement, claiming that the Messiah will precede the upcoming Israeli elections. Several rabbis noted that the writing is on the wall and the signs that the process leading up to the Messiah has already begun…for those who have the eyes to see it.

In 2011 when a UN vote was proposed to reduce Israel’s borders and divide Jerusalem, Lord RayEl publicly stated “Do not divide my land” and threatened to wage justice using the largest solar flare that earth has ever seen. It scared government officials so much that the vote never went through… Israel, he has been protecting you, but you have failed to accept him. Now there are renewed talks of a peace plan which would divide Jerusalem. You have very little time left to usher in the King.

If you are a rabbi or a Jewish person who has a rabbi, then your obligation is to make your t’shuva known to Lord RayEl, and urge your rabbi and all other rabbis around you to do everything possible to usher Lord RayEl onto the Throne BEFORE HaShem says your time is up, or the outcome may not be what you and your generations before you have longed for, especially if you live in Eretz Israel or in America.Let it be known… your redemption is dependent upon your repentance.

Rabbi Chaim Kanievsky, one of the most prominent rabbis of this generation, made a shocking statement, claiming that the Messiah will precede the upcoming Israeli elections. Several rabbis noted that the writing is on the wall and the signs that the process leading up to the Messiah has already begun…for those who have the eyes to see it.

It is VERY important to read all of this story to understand the events unfolding before us. Story Here

The Messiah, RayEl addressed the world with the “Covenant of the many” on May 21st, 2011. Israeli elections come right at the end of the 7 years given, according to Daniel 9:27.

If Israel fails to pay heed to usher in the Messiah in peace, it may resort to conquest.

1 A day of the Lord is coming, Jerusalem, when your possessions will be plundered and divided up within your very walls.
2 I will gather all the nations to Jerusalem to fight against it; the city will be captured, the houses ransacked, and the women raped. Half of the city will go into exile, but the rest of the people will not be taken from the city.
3 Then the Lord will go out and fight against those nations, as he fights on a day of battle.
4 On that day his feet will stand on the Mount of Olives, east of Jerusalem, and the Mount of Olives will be split in two from east to west, forming a great valley, with half of the mountain moving north and half moving south.
5 You will flee by my mountain valley, for it will extend to Azel. You will flee as you fled from the earthquake[a] in the days of Uzziah king of Judah. Then the Lord my God will come, and all the holy ones with him.
6 On that day there will be neither sunlight nor cold, frosty darkness.
7 It will be a unique day—a day known only to the Lord—with no distinction between day and night. When evening comes, there will be light.
8 On that day living water will flow out from Jerusalem, half of it east to the Dead Sea and half of it west to the Mediterranean Sea, in summer and in winter.
9 The Lord will be king over the whole earth. On that day there will be one Lord, and his name the only name.

This is the time that the Messiah takes military action. He judges the hearts of mankind and the nations. He identifies who is for him and he separates the wheat from the chaff. Some believe it is their religious title or rank that will earn their way in, but the reality is that the Messiah looks to the quality of your soul. This requires your works, actions, mitzvah and more.

Over three years ago, On 10 Elul 5775 (25th of August 2015), Lord RayEl publicly addressed Rabbis and warned of the consequences if they do not accept him.

We believe that God, the divine creator, has given us a light by which we can see His deeper truth, so that we may better understand what His desire for us is. We believe that this deeper truth is found primarily within the Torah, but extends into other divinely inspired writings. We believe that by researching the Torah using modern scientific methods, we can unlock the mysteries God has sealed until the time of the end, as prophesied in Daniel 12:4.

Is the Messiah already here? A Hebrew perspective